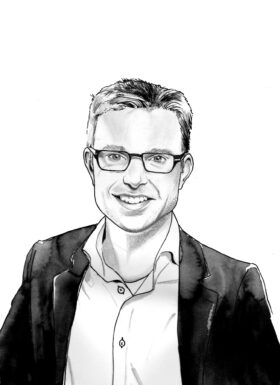 Ewout Frankema (1974) studied economics, history and philosophy at the University of Groningen. In 2008 he obtained his PhD from the same university with a dissertation on the historical development of income inequality  in Latin America. After this he worked as a postdoctoral researcher and lecturer at Utrecht University. In 2012, Frankema became Professor of Agricultural and Environmental History at Wageningen University & Research.

Frankema is a member of De Jonge Akademie (the Young Academy, part of the Royal Netherlands Academy of Arts and Sciences), the Centre for Economic Policy Research (UK), and will soon be taking up his new position as chief editor of the Journal of Global History.

Frankema has received various prizes for his work, including the prestigious Arthur H. Cole Award for the best article in the Journal of Economic History.  In addition, he has also been awarded a NWO VENI grant, a NWO VIDI grant and an European Research Council starting grant.

The roots of global inequality

Over the last 500 years the worldwide gap between the rich and the poor has grown enormously. This inequality challenges the global community to tackle difficult questions about globalisation, migration, climate change and poverty reduction. The question of how this inequality arose, and whether this is a temporary or a permanent feature of the modern world order, is incredibly difficult to answer.

Ewout Frankema studies the historic development of the prosperity gap from a holistic perspective. To this end, he combines various sources, such as data from historical censuses, data on wages, price tables, trade statistics and government reports, which give an indication of the manner in which economies change. In addition, he derives inspiration from other disciplines such as agro-ecology, plant sciences, genetics and climate studies to gain a better understanding of the interaction between the state, society and bio-geographical circumstances.

Frankema uses comparative research methods that allow long-term developments of an economy to be compared with each other across time and space. For example, in a recently published comparison between the industrial developments in Great Britain (19th century) and Japan (20th century), Frankema shows that countries in modern day Sub-Saharan Africa will not be able to develop in the same way into strong industrial nations. In this way, historical knowledge is used to inform current understanding of poverty and development, and to improve the accuracy of models of future scenarios.