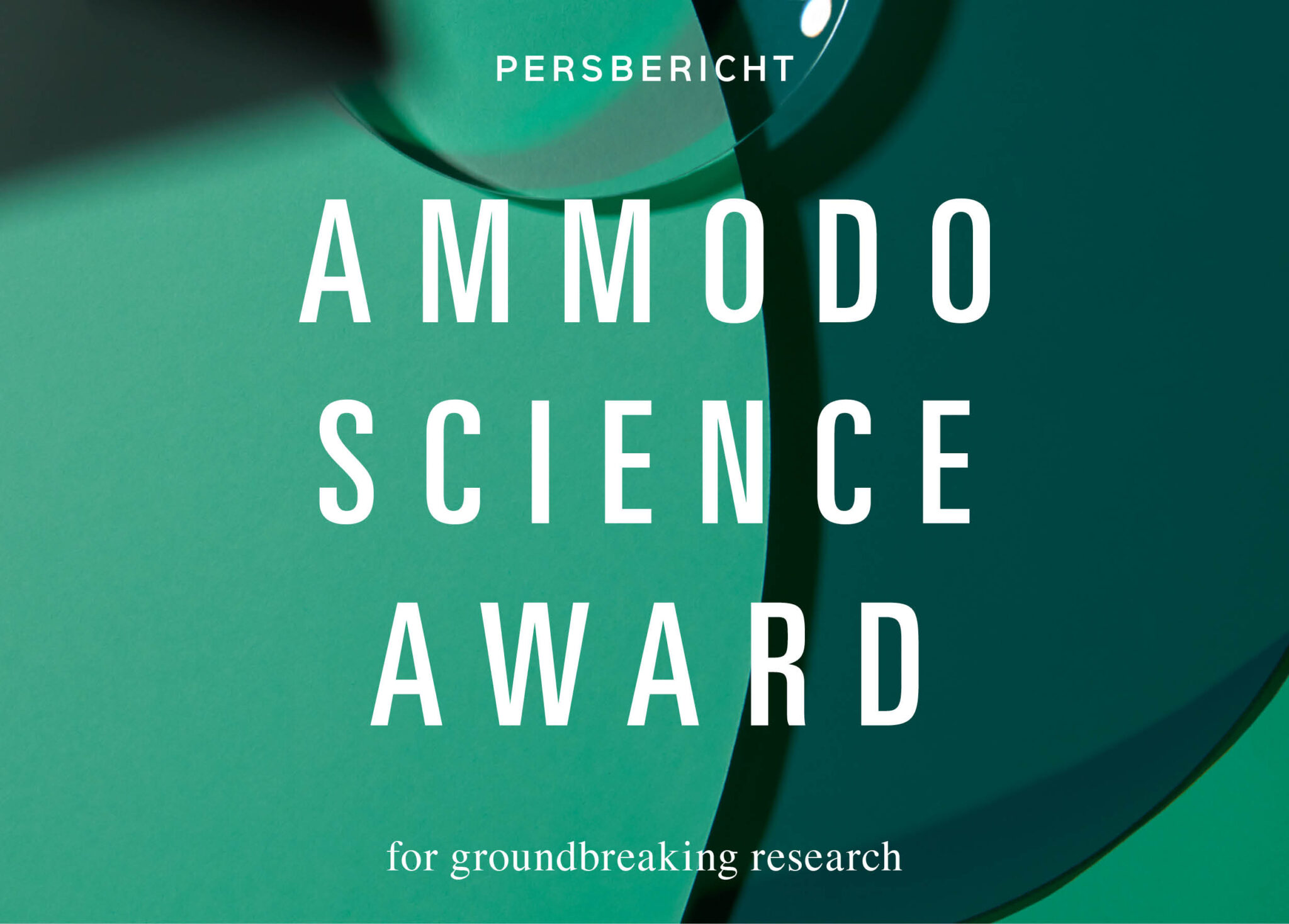 The winners of the first Dutch science award for groups carrying out groundbreaking research established by Ammodo are now known. The winners of this, the very first such award, are the group behind the research project Guardians and Caretakers of the Genome based at the Erasmus MC and the research group Social Educational Neuroscience Amsterdam (SENSA) of the Vrije Universiteit Amsterdam. They each receive a cash prize of 1.2 million euros which they will use to explore new areas of research.

The Rotterdam research group Guardians and Caretakers of the Genome, winner in the field of Natural Sciences, has been focusing for years on the question of how cells in the body repair DNA. Its research has led to many groundbreaking discoveries, including that a faltering DNA repair system can lead not only to mutations and cancer, but also to accelerated ageing. Now, however, a new, ambitious step awaits: researching how orderly DNA repair processes can emerge from the apparent chaos of random interactions between molecules. The Rotterdam team is special because whilst it is conducting truly fundamental research, its discoveries may, in the longer term, advance not only science, but also medicine. Roland Kanaar, head of the Molecular Genetics department at Erasmus MC reflected: “Erasmus MC supports and trusts teams carrying out fundamental research driven by curiosity, in our case into how DNA repair works. This award is recognition that what we are doing has wider support, outside the university, and we value it as an appreciation of our work as a team. It is, of course, particularly pleasing that our fundamental discoveries may point the way to the better prevention and treatment of diseases such as Alzheimer’s and cancer.”

The Amsterdam team SENSA is the winner in the field of Social Sciences. It is investigating the currently very topical issue of how to promote and maintain social cohesion in a society where individualism and discrimination appear to be on the increase. Within this context, the team is investigating, among other things, what happens in the brains of children and adolescents during all kinds of often unconscious, social interactions. The innovative methods used to capture these processes are undeniably groundbreaking: for example, the development of new experiments and the use of portable EEG devices that allow research data to be collected outside the laboratory, for example in school classrooms. One of the ultimate goals the team will be working on over the coming years is how to positively influence children at an optimal moment in their social development so that, from an early age and almost automatically, they approach everyone, from friend to outsider, in an optimistic and constructive way. Lydia Krabbendam, Professor of Neuropsychology at the Vrije Universiteit explained: “Our team combines research into brains and behaviour in and outside the laboratory. Thanks to the Ammodo Science Award, we can investigate the development of social behaviour in the real world – and possibly contribute to the creation of an even more socially cohesive generation.”

All fourteen rectors of universities affiliated to the Association of Universities in the Netherlands (VSNU) were asked to submit a nomination. Prof. Dr. Vinod Subramaniam, rector of the Vrije Universiteit in Amsterdam, stated: “The Ammodo Science Award for groundbreaking research comes just at the right time and is a sign of appreciation for groups carrying out such research. It provides a boost for the younger generation of researchers who are at a crucial point in their careers. The SENSA research project at our university is time and cost intensive and the award will enable the recruitment of the necessary additional researchers.” Prof. Dr. Rutger Engels, Rector of the Erasmus University adds: “Erasmus University is delighted that this first Ammodo Science Award has been won by a groundbreaking research team at the Erasmus University Medical Centre. Partly because of the fundamental nature of its research the group comes under a great deal of financial pressure. This Award will facilitate a unique opportunity for the team to explore a new direction in its research.”

More information about the winners and their research can be found here.

About the Ammodo Science Awards

Ammodo supports art and science. Together with prestigious partners, Ammodo initiates, develops and supports groundbreaking projects within the visual arts, performing arts and fundamental science. By offering outstanding artists and scientists the means and opportunity to further their work, and by increasing their visibility, Ammodo stimulates the development of art and science.